We all have our ups and downs, but with bipolar disorder, these peaks and valleys are more severe. The symptoms of bipolar disorder can hurt your job and school performance, damage your relationships, and disrupt your daily life.

Bipolar disorder (also known as manic depression) causes serious shifts in mood, energy, thinking, and behavior—from the highs of mania on one extreme, to the lows of depression on the other. More than just a fleeting good or bad mood, the cycles of bipolar disorder last for days, weeks, or months. And unlike ordinary mood swings, the mood changes of bipolar disorder are so intense that they interfere with your ability to function.

In the manic phase of bipolar disorder, feelings of heightened energy, creativity, and euphoria are common. People experiencing a manic episode often talk a mile a minute, sleep very little, and are hyperactive.But while mania feels good at first, it has a tendency to spiral out of control. People often behave recklessly during a manic episode: gambling away savings, engaging in inappropriate sexual activity, or making foolish business investments, for example

In the Bipolar depressive phase. aperson is more likely to involve irritability, guilt, unpredictable mood swings, and feelings of restlessness. People with bipolar depression also tend to move and speak slowly, sleep a lot, and gain weight. In addition, they are more likely to develop psychotic depression—a condition in which they’ve lost contact with reality—and to experience major disability in work and social functioning.

Common signs and symptoms of mania include:

Common symptoms of bipolar depression include:

If you or a loved one experience several of these symptoms for more than 2 weeks, seek help immediately. 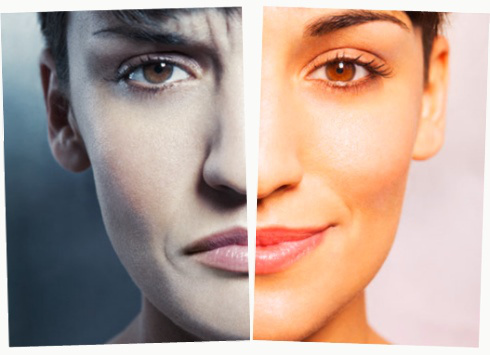